I was introduced to Hugh Walpole by Capuchin Classics, a reprint publisher whose eclectic catalogue is fascinating: among their offerings are Pamela Hansford Johnson’s An Error of Judgment and John Galsworthy’s The Dark Flower. First published in 1911, Hugh Walpole’s Mr. Perrin and Mr. Traill is a strangely modern novel about a conflict a between two teachers, Mr. Perrin, an uninspired math teacher in a dead-end job at a boys' school, and Mr. Traill, his nemesis, a young, popular, athletic Latin teacher who plays rugby and wins the affections of his students in his first term by his humor and sports savvy. Perrin is a truly frightening character - his hatred for the younger man drives him to all sorts of vindictive actions - and, to complicate the matter, the two also love the same woman (guess which one she picks?). This unsentimental novel’s inferno-like atmosphere blows up because incompatible teachers cannot escape each other in the 24/7 boarding school. This school novel is less polished than Pamela Hansford Johnson’s The Honours Board, which I recently read on a PHJ kick, and R. F. Delderfield’s famous school novel, To Serve Them All My Days, but all three explore similar territory, describing the rivalries that percolate in the insulated boarding school world. It's a great coincidence that they all turned out to be school novels (I was only familiar with Delderfield’s). But I very much enjoyed Mr. Perrin and Mr. Traill. I’m eager to read more Capuchin Classics.

I’m reading another Walpole novel, The Captives, which is available online at Gutenberg or manybooks.net. It’s a lugubrious novel, centering on the children of fundamentalists, young adults who struggle to escape emotional attachments to relatives who preach hellfire religion. Maggie, a 19-year-old minister's daughter and atheist, moves to London to live with her fundamentalist aunts after the death of her cold, cynical father. Determined to be independent, Maggie wants to escape her religious aunts' stifling household by finding work, but the stern, intimidating Aunt Anne and the ineffectual Aunt Elizabeth draw her into the world of a chapel whose brimstone-preaching, eloquent, charismatic minister, Mr. Warlock, impresses her (though she does not believe). His son, Martin Warlock, a rebellious agnostic, has returned from Europe and longs to escape his home. Maggie and Martin fall in love, though Martin’s love is a strange one: he persists in telling Maggie that she reminds him of a man and he doesn’t love her as he loves other women. “She wondered why it had hurt her when he had said he loved her as though she were a man, without any question of sex.” Oh, Maggie, run the other way! You know that this isn’t going to work out.

Anyway I’m halfway through this and am enjoying it. It’s a little different reading it on the computer. No, I don’t have a Kindle yet.
Posted by Frisbee at 8:30 PM 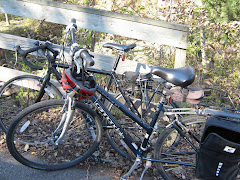 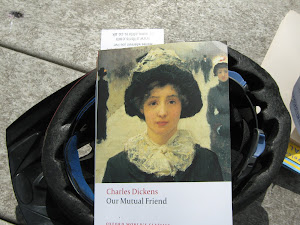 QUOTE OF THE WEEK

“Every book, every volume you see here, has a soul. The soul of the person who wrote it and of those who read it and lived and dreamed with it. Every time a book changes hands, every time someone runs his eyes down its pages, its spirit grows and strengthens.” --Carlos Ruiz Zafón's Shadow of the Wind 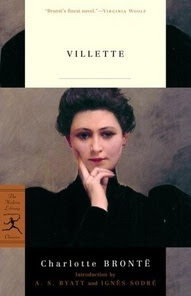